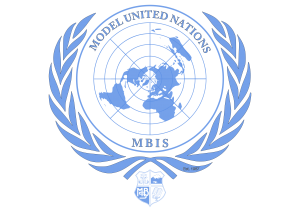 The Model United Nations (MUN) program has been an integral part of social studies education at Marist for over 25 years and is compulsory for all students in Grades 10, 11 and 12. A select group of students in the MUN class will attending the three day MBIS MUN General Assembly (GA), which is usually held on the last Wednesday, Thursday and Friday of February. 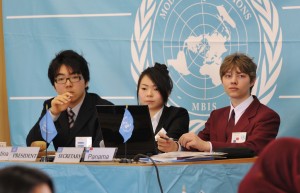 Each student delegate will represent a country. For the GA conference these student-delegates will be responsible for researching the social, political and economic situation of the country they represent, as well as becoming familiar with their country’s standing in the world community. Additionally, students will engage in an in-depth study of critical issues faced by the world community. 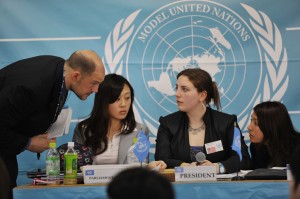 During the school year, students meet once a week to discuss current international issues and prepare themselves for the GA. As part of this process, students learn important general skills such as media literacy, conflict resolution and compromise, as well as more course-specific skills, including resolution writing, parliamentary procedure, caucusing, and debate.

MBIS is accredited by:

The Western Association of Schools and Colleges